In 2018, political subculture scholar Rebecca Lewis claimed that YouTube had become a far-right propaganda machine due to the practices of a group of micro-celebrities known as the Alternative Influence Network (Lewis, 2018). This extreme political content, moreover, was thought to be amplified by YouTube’s Recommendation Systems (Ribeiro et al., 2019). The journalists Tokmetzis et al. (2019a) similarly showed a turn to reactionary and far-right figures around 2016. Following these critiques YouTube toughened its regulations for extreme political channels and tweaked its algorithm (Alexander, 2019). However, political scientists Munger and Phillips (2019) questioned YouTube’s far-right bias, arguing that its supply fitted a pre-existing demand: YouTube is just a platform for oppositional ideological communities.

Tokmetzis et al. (2019b) classified around 1.500 political channels as reactionary and progressive. Preliminary analysis of their data revealed that audiences commenting on reactionary channels also commented on the progressive channel The Young Turks from 2010 till 2016. This thesis systematically investigated three million comments of these Oppositional Audiences, begging the question: How did Oppositional Audiences engage with progressive content?

The findings show that in the run up to the 2016 U.S. elections The Young Turks emerged as ground in an online culture war in which reactionary audiences increasingly debated, mocked, and ridiculed progressive ‘identity politics’ and ‘political correctness’ in its comments sections. Hatewatching progressive content and trolling in the comments sections was an essential part of the political practice within YouTube’s alternative community. In the midst of this culture war, the topic of Islam became especially prevalent and many audiences unsubscribed from the channel.

Revealing the power of conflict on YouTube during the 2016 elections, the run up to the 2020 U.S. presidential elections can be expected to create a new ground for war in which YouTube’s alternative community will (re)assemble itself. Hence, these elections seem to provide an excellent opportunity to expand scientifically responsible understanding of YouTube’s alternative community hosting opposite ideological communities. 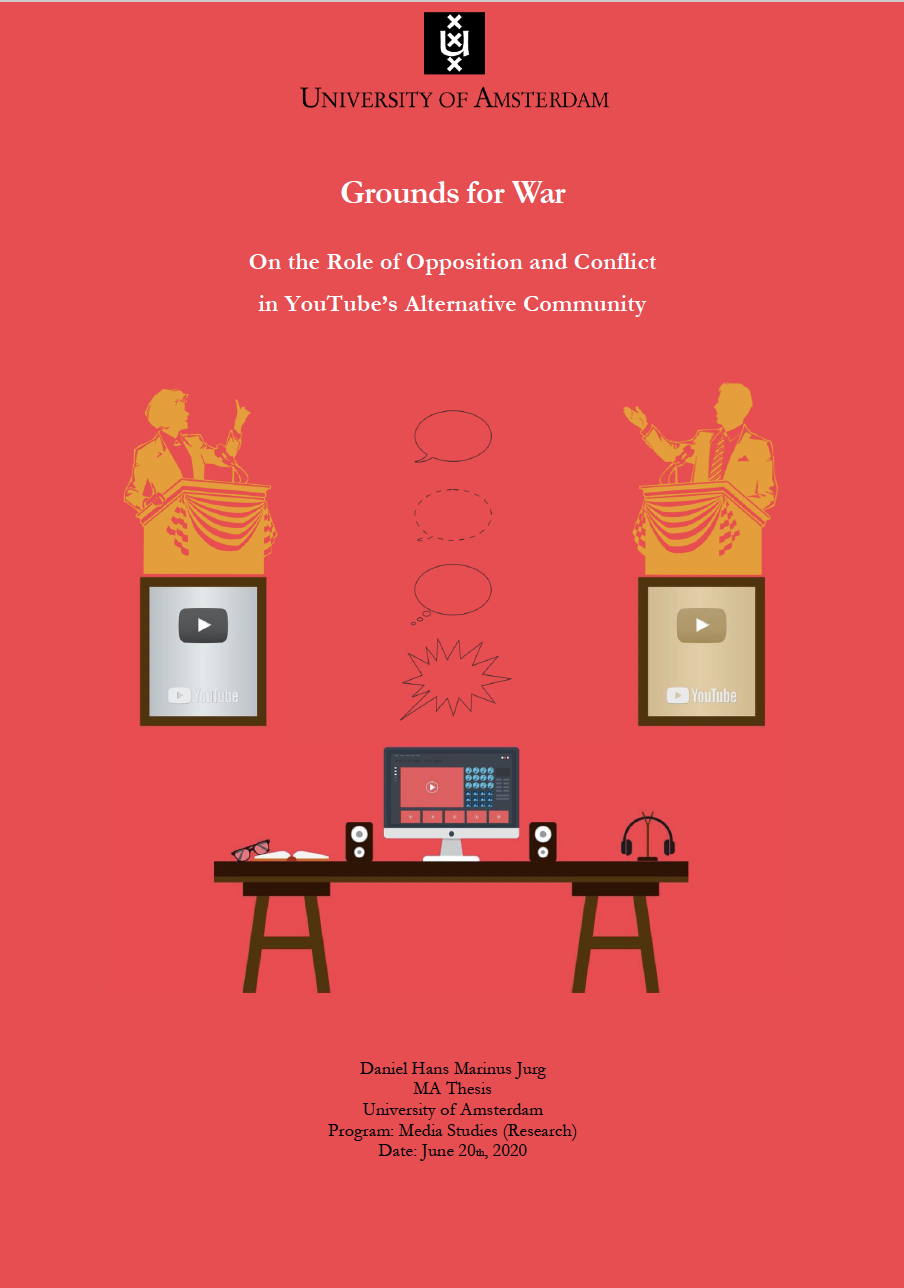